With every investment it is important to know with confidence when and what results can be reasonably expected.

In 2002, after carefully examining university analysis and available data, Woolworths, a major national supermarket chain in Australia decided to conduct its own fully fledged field trial. It contracted an independent electrical engineering firm to set up energy meters dedicated to the air conditioning plants of two nearby supermarkets in South East Queensland.

One of the 3,300 square metre supermarkets received an application of SkyCool to its roof, while the other remained as the benchmark. Both buildings had been built and fitted out to a standard design criteria so they were the ideal environment for obtaining a truly accurate picture of the effect of SkyCool.

The following chart covers periods of both drought and very wet tropical summers. Throughout the entire period it is evident that SkyCool maintained a power consumption level around 47% lower than the standard building.

In analysing this very powerful result it is important to be aware of a number of aspects surrounding this trial: 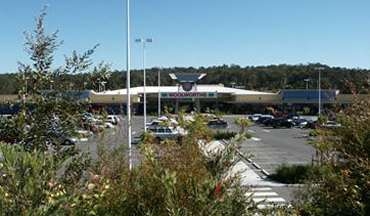